Campbell Arnotts were looking to engage the public to help decide on the next Tim Tam flavour, Double Choc Caramel Cream flavour or Cococut Cream Flavour, with the winning flavour being on the shelves Aug 31, 2020.

JustEggs, The Neigbourhood and Spark Foundry built out a series of shareable ad units with a voting mechanism that was targeted towards the Tim Tams audience. The units featured a live polling functionality which fed into a centralised system where it was tallied on a daily basis.

We ran the custom units through premium publishers in market with the help of ‘Index Exchange’. The campaign was very high performing with a very low cost per vote and a tally that exceeded 370k. Just so you know, Double Choc Caramel Cream won the vote. 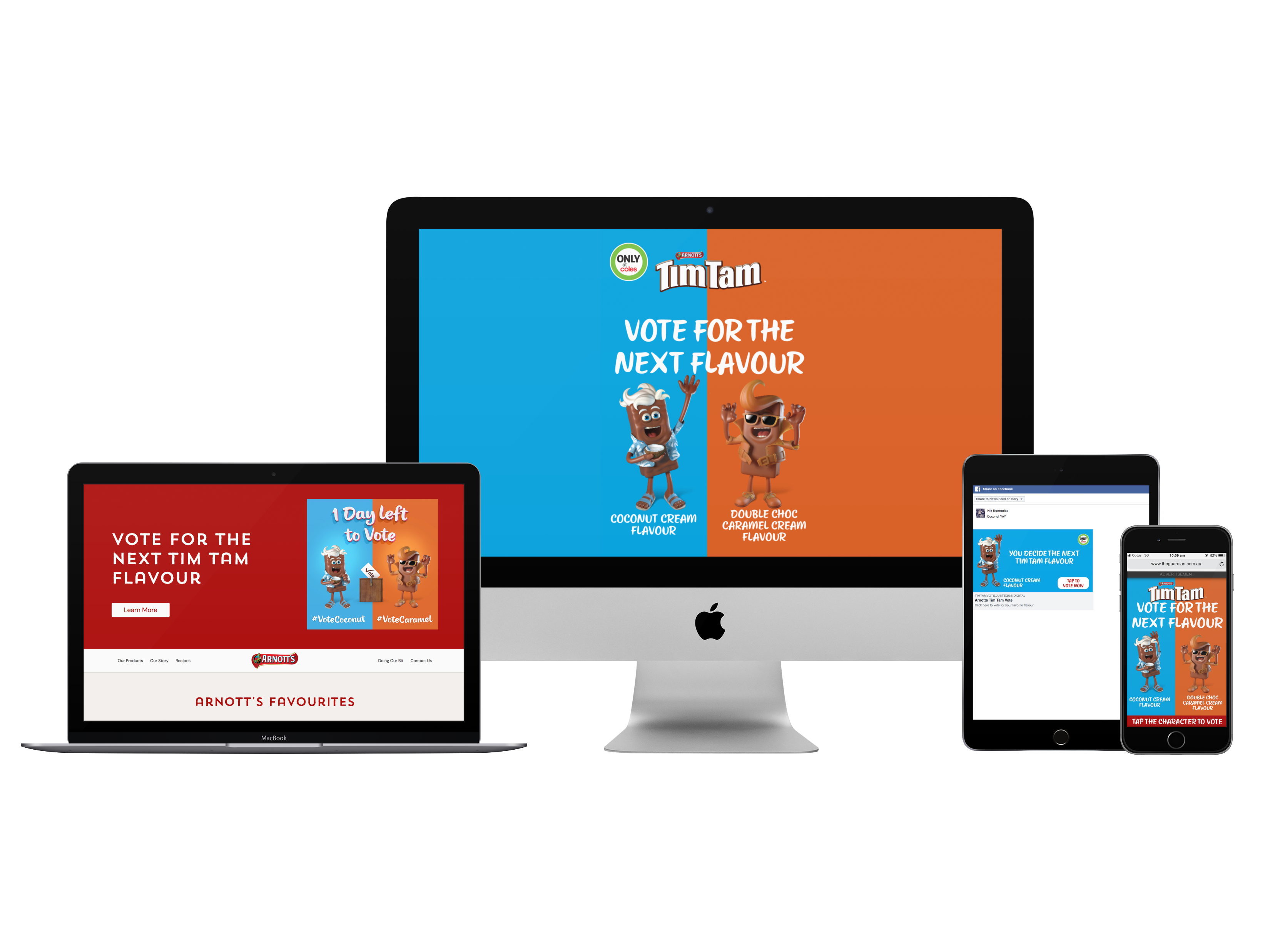 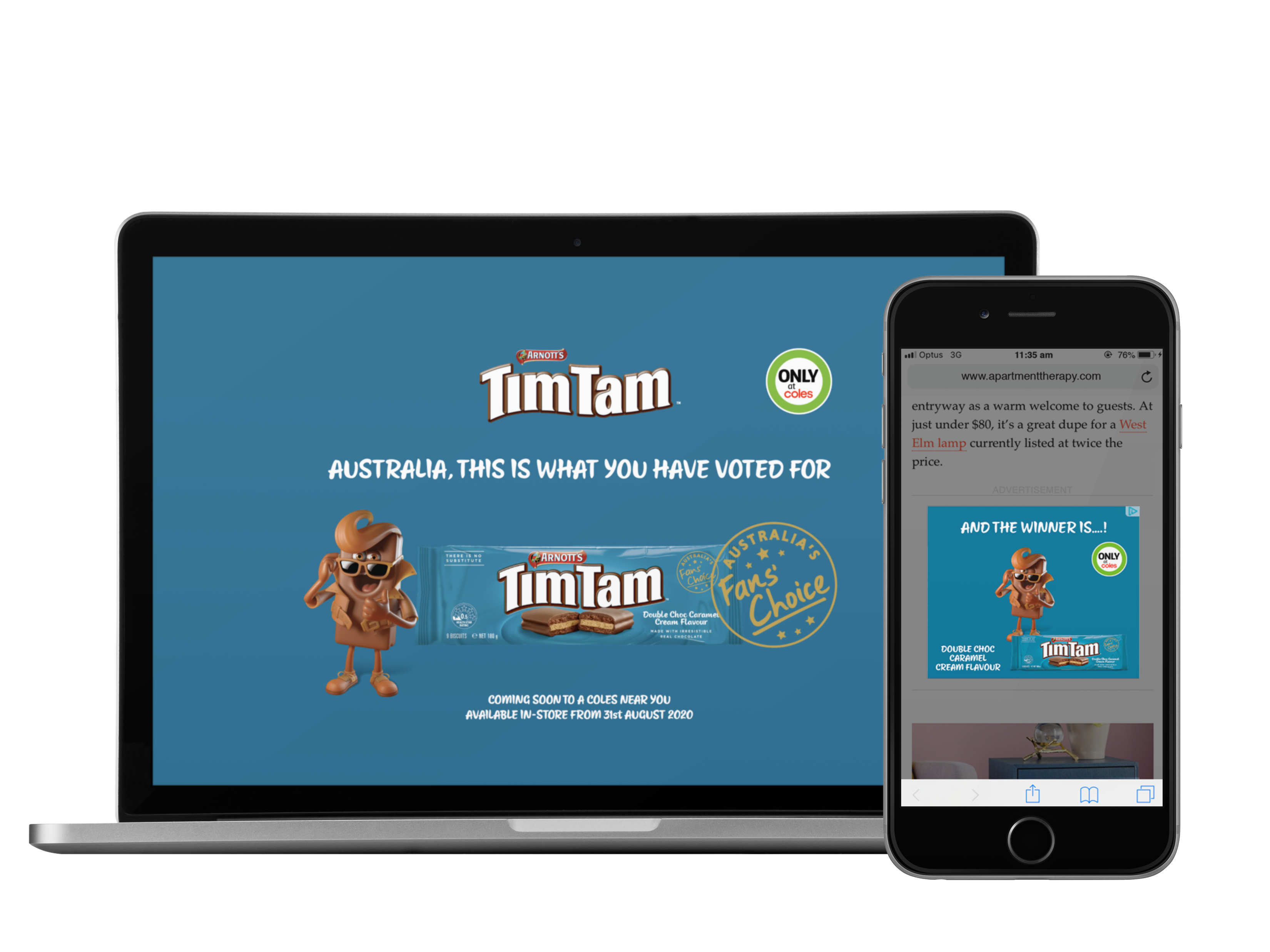 Now that Arnotts knew the winner was Double Choc Caramel Cream they wanted to re-engage the same audience to let them know that the winning flavour had been decided.

We tagged the original campaign up so we can track people that engaged with the original polling unit. We then built a set of scalable IAB sized ad units across all digital channels that directed to a custom landing page with the announcement of the winning flavour. Arnotts also used the assets to amplify the result through their own social channels.

With the tracking pixels in place and the strategy to build IAB scalable units to maximise engagers, we were able to reach 184k people that had engaged in the original polling unit.

With Stage 1 and Stage 2 completed the last stage is to let GBs across Australia know that the new product they voted for is now in Coles stores.

The campaign solution is to run a reach campaign across both mobile and desktop platforms to drive ‘Grocery Buyers’ to buy the new product. We custom built IAB standard HTML5 rich media units to achieve scale across the data heavy audience. 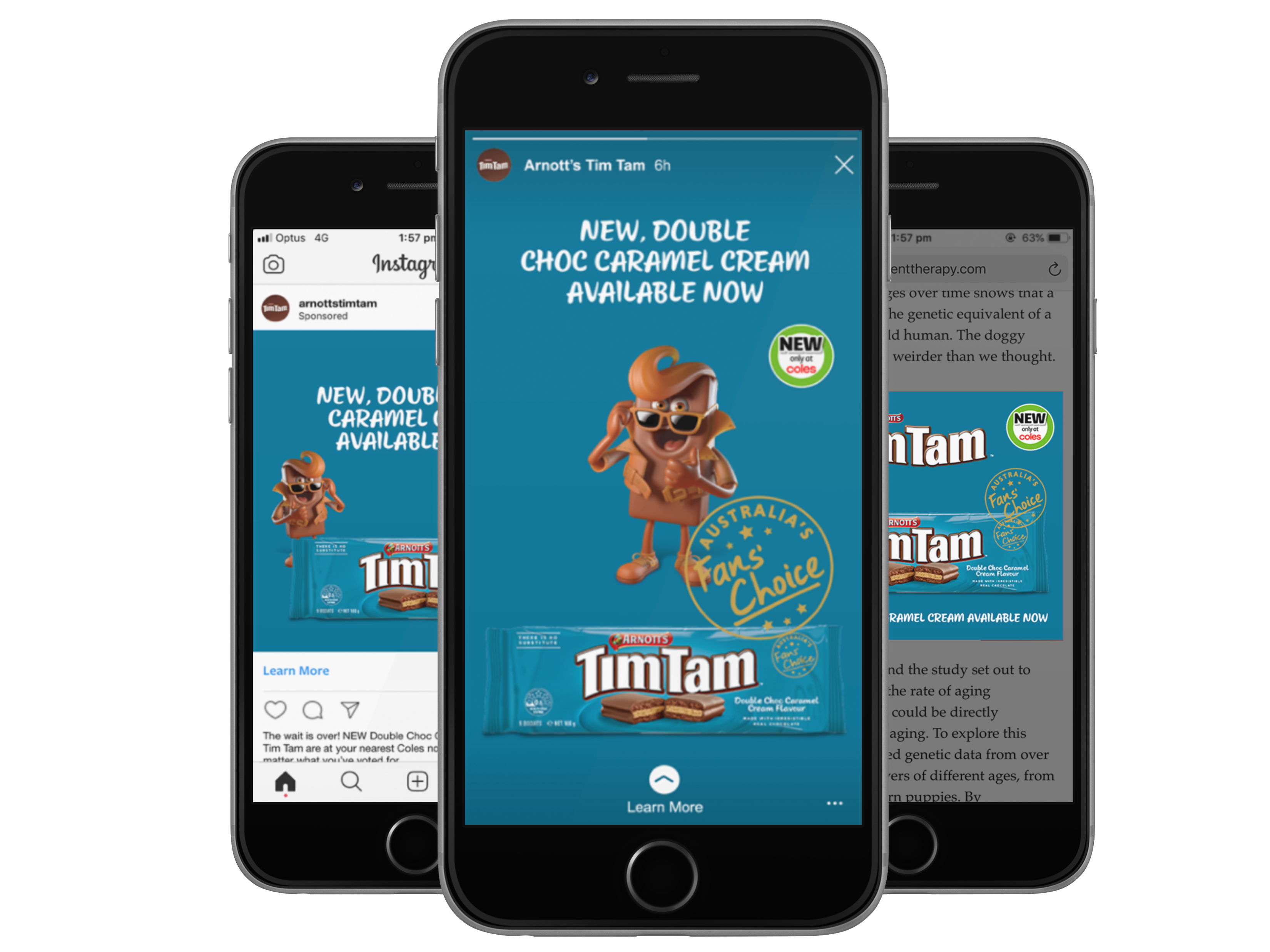 Suicide is the leading cause of death for young pe

Everyone knows we love making SWAG, get your 🧀

The power of mobile and digital advertising . Sour

Very cool to see our name on the fight island boar

Meet Mumbles the bunny :) if you know someone that

Just shaking away the week with @sparkfoundry_aus

Thanks @thetradedesk, brilliant humans work there

Big congrats to @justin.tafa for an incredible per

Who knew pasta was that simple? All you need is fl

Check out our latest gamification ad for Arnott's

Today we had Luke from @livinorg in to educate Pub